In this fifth instalment of the ‘Performance Tools’ series, we will be taking a comparative look at the load testing tools LoadUI Pro and SmartMeter.io, giving a brief overview of what they have to offer.

It is imperative that when choosing a performance test tool that it is evaluated thoroughly to ensure that it meets your testing needs. There are many factors that need to be considered (Refer to our Test Tools analysis article. Below are some considerations.

LoadUI Pro by SmartBear is a load testing tool, designed for testing REST & SOAP APIs, Swagger/OpenAPI, WSDL and WADL. LoadUI Pro can integrate with API platforms such as SwaggerHub, Amazon API gateway, apigee etc. making it easy to test across the API ecosystem.

In LoadUI Pro, scriptless tests can be created by reusing the SoapUI Pro functional test cases and configuring them for the type of load test you want to run. Alternatively, an endpoint URL can be defined to create a simple load test. Expected volumes can be mimicked and real-time performance metrics can be monitored as the test is executed. LoadUI Pro tests can be integrated into your CI/CD pipeline using Jenkins for example.

Another feature of LoadUI Pro is the virtualisation of APIs avoiding the cost of third party API dependencies. This will also allow you to assess how well your APIs respond to load without having to place a load onto secondary APIs which can skew your results.

Cloud-based API tests can be set up using Amazon EC2. Load tests can be run from different geographical regions, allowing large tests to be done quickly keeping costs to a minimum by only paying for the compute power needed for the test.

LoadUI Pro allows the monitoring of servers under test including Windows and Linux, web servers, application servers, JVMs and databases. This can be compared with your response time statistics, enabling the identification of root causes for bottlenecks and performance issues.

SmartMeter.io is based on the Apache JMeter performance test tool but with added features including an advanced scenario recorder for creating scriptless tests, one click test reports and a user-friendly distributed mode to run tests on multiple load generators.

The test scenario recorder uses an embedded browser and records think and transaction times, full HTTP request and response details and will separate out the static and dynamic resources in the recording.

As part of the load test, there is the ability to run a Selenium test in a browser for a few virtual users to get timings for a true user end-to-end experience.

SmartMeter.io produces comprehensive test reports and test run comparisons for trend analysis. SLA acceptance criteria can be configured, and any failures can be highlighted in the report. Real-time test reporting is also available during a test so that performance issues can be identified and investigated, and unlike JMeter, the overhead of running in GUI mode is small.

As with all good load testing tools, SmartMeter.io offers the ability to monitor system resources on the servers under test and is automatically included in the test reports for analysis.

SmartMeter.io is well suited for continuous integration using the command line interface or integrating it with tools such as Jenkins and Bamboo. Also, since you can configure acceptance criteria in the test scenarios the tests can be automatically evaluated to give a pass or fail. 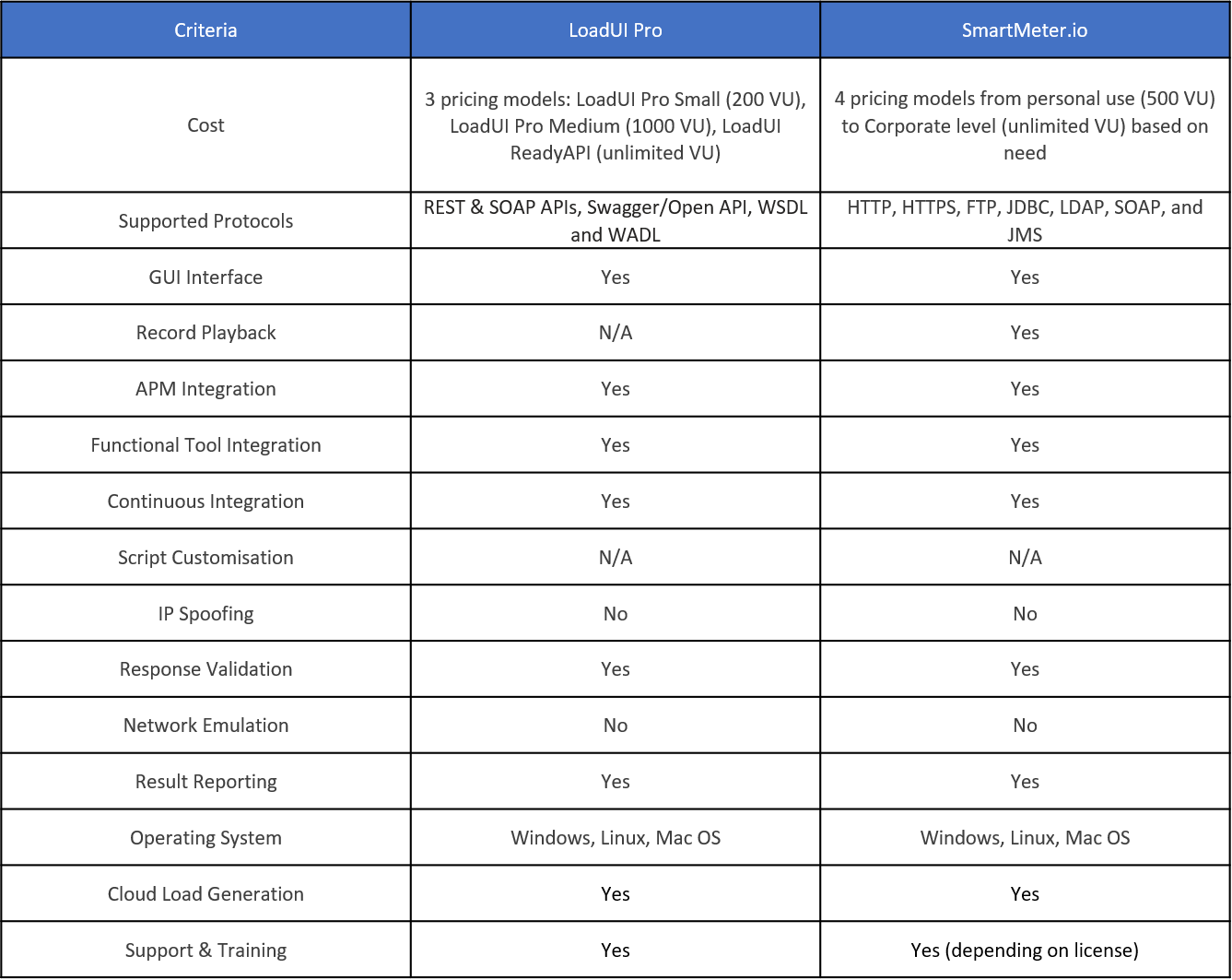 It is vital that businesses have their applications properly tested for performance to ensure that they function seamlessly.

To read the other articles in this series please follow the link below.

To see how SQA Consulting may assist your company in performance testing your applications, please contact us